I recently found an old photograph of me from University days - that puts it about 40 years ago - 1979, I think. 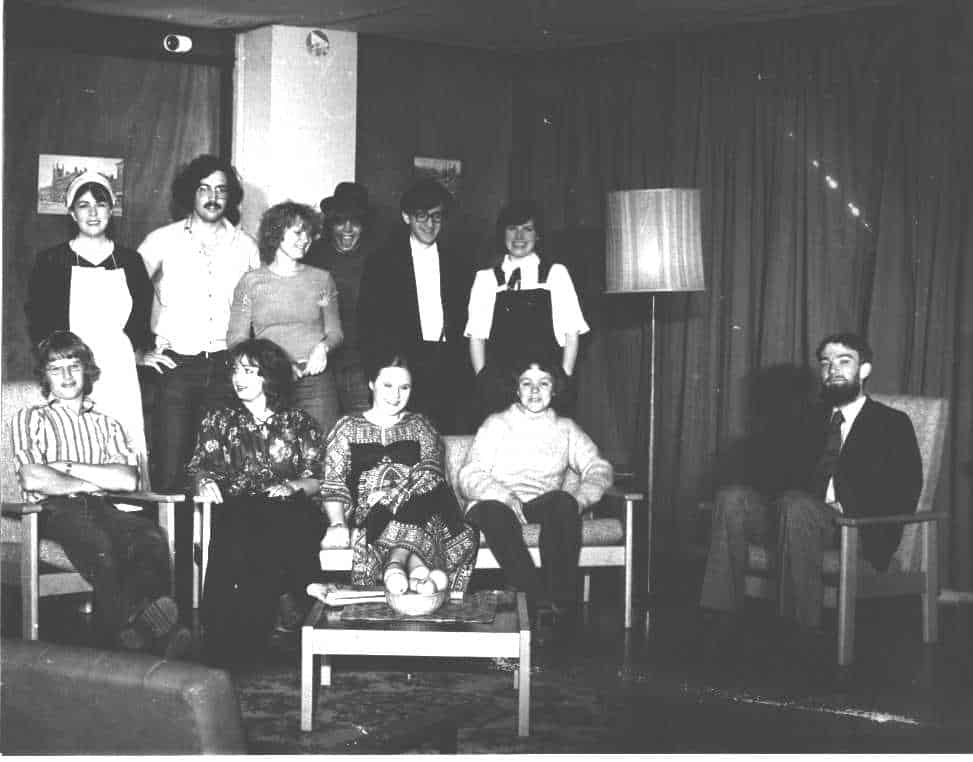 This was the 'cast and crew' picture of a play that we put on as students. Jeff wrote and directed it. I produced it, Lois did the Stage Management and Paul did the sound. The others are the cast. I can't remember the name of the play, now - I think it was something like "Width of a Circle", which was a re-write of a play that Jeff had written a couple of years before with a rather more obscure title - "Suburban Games", I think.

The people in it, as far as I can remember, are:

Left to right, back row (standing):